Giacomo Tachis and his Legacy of Disruptive Innovation

“One riot, one ranger” 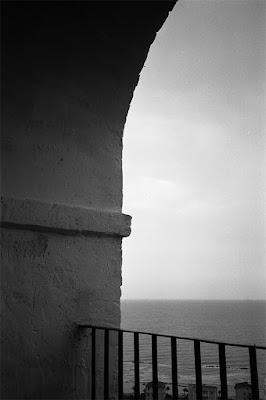 Looking out the window on an early morning in March, leaves are falling from the trees. Spring is pushing the last of the old expressions out, making way for new growth. It’s been a month since Giacomo Tachis died. I have some things to say about his life, now that the obituaries and articles have come and gone.

You had to be there. I mean in the streets. Selling Italian wine. What it was like. What was it like? It was dark. It was gloomy. It was discouraging. The gatekeepers, like Pierre, with his aquiline nose and tarnished tastevin, would see us coming with a bag of Italian wine. They’d put up their hand, motioning us to stop there. “This is no place for you. We are a serious establishment. We already have an Amarone on the list. Go somewhere else with your bag of (inferior) Italian wine.” You think it didn’t happen? Oh, it happened. For years.


And then along came Tachis. He disrupted things. Moreso in Italy. But in America, which was dominated by the French, he put his foot alongside ours, inside the door frame, and allowed a longer conversation. It’s true. I was there. Tachis helped us young professionals get our foot in the door. And when we did, the hinges eventually came off, the floodgates opened and wine consciousness changed in America. Pierre and his tastevin were no longer au courant.

And it wasn’t just because of Tignanello and Sassicaia. I recall taking the 1978 Le Pupille Morellino di Scansano around to restaurants and wine shops, apprising willing ears and hearts about this little wine that had been given the magic touch by the master. This was way before the time of the flying winemakers and superstar consultants. We were grasping for any way to get people to latch onto Italian wine. Morellino wasn’t exactly a household word in 1983. Tachis led the way. 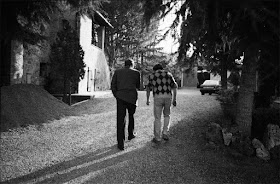 But he did do this.

He made us think different about Vino da Tavola. No longer was it the lowest of the low. Here was disruptive innovation at its best. And he elevated the value of Italian wine, from the bottom up. Think about it.

He was one of the main architects of the Super Tuscan movement. Now we look at this category askance, questioning it, probing it, even belittling it. But it was a big deal. Tuscany was in the crapper. We were offloading Chianti for $2 a bottle, good Chianti. At the same time Bordeaux wines of the same category of quality were selling for 5-7 times that in the marketplace. Enter Super Tuscans and one could have a conversation with Pierre and all the other gatekeepers. Oh, and you can thank Robert Parker for also putting his foot in the door at that time for these wines.

And the idea of “international style.” Let’s talk about this. Again, now we mock it, we denigrate it, we downplay it. But put yourself in another time and in another pair of shoes. How many times did we go into a winemaker’s cellar in Italy and taste lifeless, tired, weak, dirty, flawed wine? It wasn’t as it is now. It was hit and miss. Sure there were lots of hits. But there were many more misses than there are now. The objective behind making wine more internationally acceptable was to bring the wines up to a par level. Not to say that was the end game. We know now that isn’t the case. But the striving for, the reaching, and bucking the trend of “this is the way we have always done it,” by the likes of Tachis and his colleagues at the time, this was more of a good thing than bad, in my opinion. Sure, now we have an establishment, a base, defending the style. And we also have today’s disruptors trying to up-end those positions. We have a more diverse landscape for Italian wine, and no one can deny the part Tachis played in that. Tachis, the fire-starter. 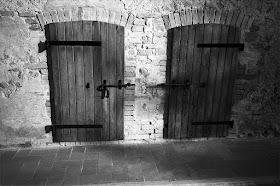 Oh, and the barrique mania that arose from this movement? I was looking through an older Civiltà del bere (July-Sept 1983). In it Tachis is called the “father of the barrique in Italy.” Tachis made his thoughts clear about the use of the “wood-effect” in Italian wine. Telling was this quote: “If it’s not made into a mode or an indispensable condition, it could be said to be a winner. If you have ideas that are quite clear from the technical point of view, it’s possible. If you use it only with the proper wines, it is probable. On the other hand, it is as easy to damage a wine as to improve it.”

Look, I don’t get excited about red wine from Bolgheri that tastes like it could be from Australia, Bordeaux or Napa Valley. I know there are some folks who do. And the marketplace will sort this out, regardless of my opinion. Or yours. But to have those choices, as we now do, from the highly polished gems of Tuscany to the feral and sometimes unpredictable offerings from Friuli, Sicily and Calabria, isn’t that a cause for rejoicing more than hand-wringing? Again, the market will sort this out; just ask someone like Frank Cornellissen.

My point is that, yes I can see how the disruptive innovation of Tachis is now an institution that has its many defenders. And yes, the international style is being questioned, even by some of its largest proponents. You don’t believe me? Ask Riccardo Cotarella, he’s trying to figure out how to step out of the corner that his success has painted him into.

The history of Italy is made up of people who question the status quo, go forward and create an alternate reality, which then establishes a new standard. Which is then questioned by the next generation of disruptors. And so on. Look at the arts, the sciences, music, government. This is how Italy moves through their universe.

Our father, who art in Tuscany, hallowed be thy name. No wait, Tachis was just one of us. He might have stopped at the mountain top, but he was never over the hill. He loved wine; he, like Attilio Scienza, knew the South of Italy has unlimited potential for greatness. And he knew, as the “father of disruptive innovation” that Italy was on a course - going forward. It wouldn’t always be smooth. It has been rewardingly rocky. But the old gatekeepers, those I bumped into as a young man in America, they have been vanquished. Italy is no one’s second fiddle. And souls like Tachis helped us get closer to the Promised Land. And no one can take that away from him or from Italy. No one. 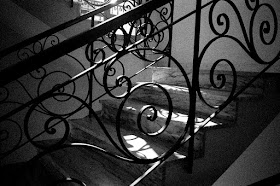