My 50 year anniversary, or Nozze d'Oro, with Italy 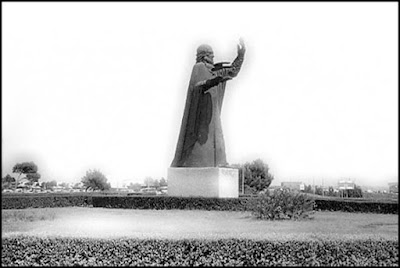 It was on this day, August 15th, in 1971, that I first landed in Italy. It was a 20th birthday gift, with a little help from my friends. The plane flight from Los Angeles International airport to Aeroporto Internazionale di Roma–Fiumicino "Leonardo da Vinci" cost $900.00 (about $6,0000.00 today). No small sum for a college student then. But I wanted to visit the birthplace of my grandparents, and see the country where it all started for this young student, budding photographer and eventually, an Italian wine lover.


Once I landed, I decided to walk to Rome. Not thinking it that far away, and trying to conserve my money, in addition to the fact that I didn’t have many lire on me, I headed outside. 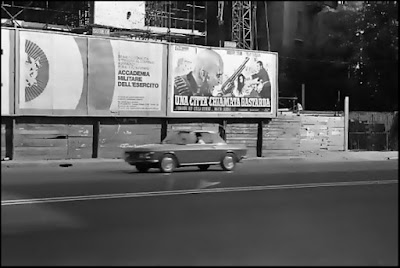 This is one of the great things about being young and clueless. I had no idea the walk was 20 miles, and for a walker, almost impossible to traverse. That, and it was the middle of August (and Ferragosto at that!) and the temperature was hovering about 95°F. After I paid a visit to the Leonardo Da Vinci statue at the airport, I turned around and caught a bus to the Rome train station.

August 15, 1971 was also a Sunday. And a national holiday. And back in the USA, then President Nixon had just devalued the dollar. So, I was pretty much S.O.L. And I was jetlagged, having been so excited, I didn’t bother to sleep much on the plane. So, I wandered out of the train station with my backpack on and my trusty little Europe on $5 a Day and my Michelin Guide to Italy, and sought out a room.

I walked around the neighborhood of the train station, found a little pensione on the Via Palestro near the university and somehow managed to talk the landlady into letting me have a room. 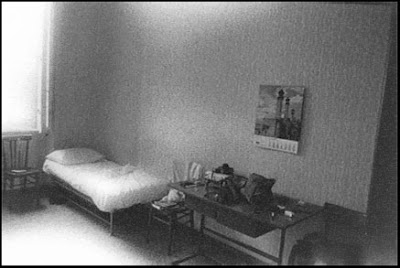 I was still excited (and quite jet lagged), so I set my gear down and decided on a little nap. Some hours later I awoke to the sounds of an Italian television program in the kitchen. I thought I had slept for days, but it was probably 4 or 5 hours, just enough to keep me from getting on Italian time.


The kind landlady made me a plate of pasta and some vegetables, and offered a glass of red wine. How wonderful it all tasted. Here I was in a strange boarding house in a big city with people I didn’t know, who were treating me like family. It was a moment that really made me see Italy and Italians through a lens that I still sometimes use. We were only 25 years away from the liberation of Italy during World War II; perhaps the landlady took pity on the young American. It wasn’t that much money, I think with half pension it was about 1,500 lire, or $2.50 a day. My room I would have to share if someone else came in. But it never happened that anyone else came.

Walking around Rome during the day would be my introduction to Italy. And I walked everywhere, with my cameras, photographing everything in black and white, Tri-X film, with my Canon rangefinder cameras. I was living the dream of a young man to be a street photographer, and Rome was my canvas. 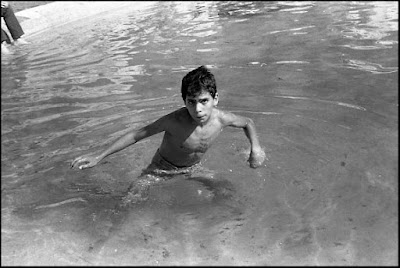 Little did I know I would come back to Italy more than equivalent of once a year for the next 50 years. Nor did I realize then that I’d be back here on business. Wine business. For I was far from being on my career path of becoming a wine lover, and some would say, an expert in Italian wine. I wasn’t that interested in wine, then. For me, it was my first love, photography, that brought me here. And to meet my family, trace my roots, try and make sense of the what and the why of my grandparents leaving Italy and coming to America.

From the Villa Borghese to the Fontana di Trevi, the Sistine Chapel to the Baths of Caracalla, there was no backdrop that I wouldn’t shoot in the blistering heat and humidity of Rome in August.

In that time the city was quiet, many people out of town in cooler places. Just a few tourists and the workforce of Rome, who stayed behind to keep the city running. Many shops were closed for the month, but there was enough life in the Eternal City to get a feel for a place that humans have inhabited for thousands and thousands of years. 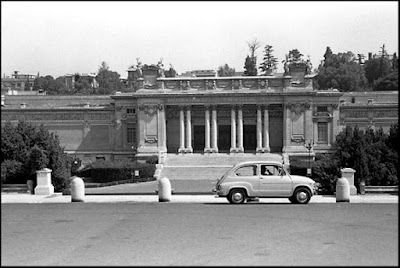 But it was like the city was mine. It welcomed me into this marriage with Italy, which has lasted now for 50 years. It has been a constant in my life, always there, always greeting me with its warm caress and lovely people, food, and landscapes.


I must admit when I first landed in Italy one of my initial thoughts was, “Gee, all the people in Italy are great. They all love everybody. There are no criminals here. This place is perfect!” Yeah, I had one of those moments. And for a 20-year-old who was naïve and idealistic, that thought propelled me into many places in Italy that weren’t quite as I had envisioned them. But I survived. They almost got the best of me once. But they didn’t. And while I am 50 years older than that 20-year-old moonbeam chaser, that person is also still here, watching over my shoulder as I write these words.

“Hey, I got you to this point,” he whispers in my ear. “You didn’t do so badly. We met our family, we had great times, had a lot of good things to eat. And those wines. And those pictures. Not too shabby, amico!” 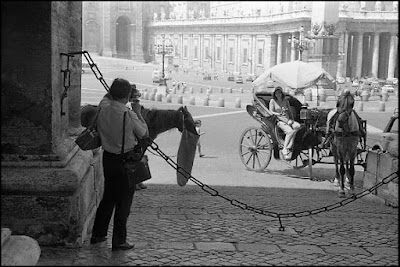 Yep, no too shabby is right. We made it this far. I still am deeply in love with Italy. In fact, I really have little desire to go elsewhere when we can get on a long-haul plane and go somewhere safely. Until then, I have years and years of images, and hundreds of bottles of Italian wine to share with my friends and loved ones here at home on my little island, my Isola da Cevola.


That will do me for now. And later, when the sparkling wine is opened and we toast our Nozze d'Oro, I’ll probably start working on the next 10 or so years. 50 more years isn’t going to work for this Silverback.

But the past 50 have just been great, when it comes to Italy. 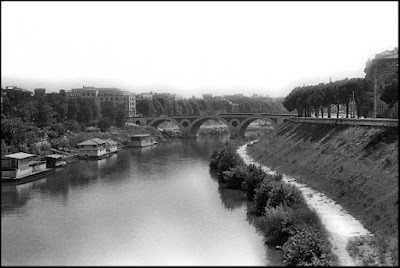 So, yes, onward, through the fog…

written and photographed (in Italy, in August of 1971) by Alfonso Cevola limited rights reserved On the Wine Trail in Italy
wine blog +  Italian wine blog + Italy W
Alfonso Cevola at 9:14 AM
Share